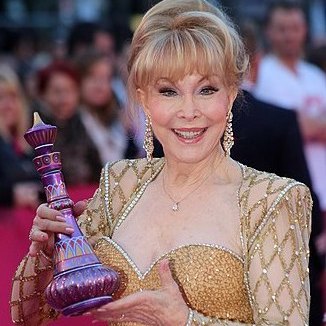 The creative professional is in constant danger of talking themselves into stagnation. As a matter of course, we erect mental barriers that both protect and limit us. Carrie Seid, a nationally recognized fine artist, has not only been there personally but has helped guide hundreds of creative professionals out of their rut and maximize their creative potential as both a teacher and a coach. During her talk Carrie, will share the lessons learned, stories, and insights to help you to dissemble and disrupt unhelpful approaches to the creative process and discover your flow as a creative professional to improve your productivity, success, and satisfaction.

This event is a free community event, please use this link to register: https://creativemornings.com/talks/carrie-seid-as-part-of-the-tenwest-festival?fbclid=IwAR28-1uySUig0vHlnMC5V_WDj5b5Tt27YxNuGYMCmcviKQ0Fk5Hqg2gxDxA

Barbara Eden is best-known for her starring role as the iconic Jeannie on the NBC series “I Dream of Jeannie.” Eden began her career as a semi-regular on “The Johnny Carson Show” (1956). She also made feature appearances on shows such as “The Tonight Show, Starring Johnny Carson,” “The West Point Story,” “Highway Patrol,” “Private Secretary,” “I Love Lucy,” “The Millionaire,” “Target: The Corruptors!,” “Crossroads,” “Perry Mason,” “Gunsmoke,” “Father Knows Best,” “The Andy Griffith Show,” “Saints and Sinners,” “Slattery’s People,” “The Virginian,” “The Rogues” and “Route 66.” Film appearances include Bailout at 43,000, Will Success Spoil Rock Hunter?, The Wayward Girl, A Private’s Affair, Flaming Star (1960), Voyage to the Bottom of the Sea (1961), The Wonderful World of the Brothers Grimm, Five Weeks in a Balloon (1962), The Yellow Canary (1963), The Brass Bottle, 7 Faces of Dr. Lao and more. She later starred in the film Harper Valley PTA (1978) and the television show of the same name (1981). Throughout the 1990s and 2000s, Eden continued regular appearances in television series like “A Brand New Life”, “Dallas”, “Teamo Supremo”, “Sabrina, the Teenage Witch”, “Army Wives” and “Shimmer and Shine” and movies like Hell Hath No Fury (1991), I Still Dream of Jeannie (1991), Visions of Murder (1993), Eyes of Terror (1994), Dead Man’s Island (1996), Nite Club Confidential (1996), Gentlemen Prefer Blondes (1998), Loco Love (2003), Carolina (2003) and Always and Forever (2009). When not filming, she is involved with The Trail of Painted Ponies Breast Cancer Research, the American Cancer Society, March of Dimes and more. Born in Tucson, she currently resides in Beverly Hills with her husband.