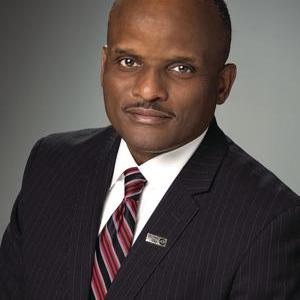 Join us for a Networking Happy Hour (appetizers sponsored by the Coronet) followed by our Awards Ceremony. Vertical Pitch Room winners will be announced, in addition to the presentation of our Community Awards. Through our Community Award Ceremony we recognize and celebrate the individuals who are making an impact on our community through their tenacity, leadership, and innovative thinking.

Tony joined United Way of Tucson and Southern Arizona as its president and CEO in 2010. Under his leadership, United Way of Tucson is “Building a Thriving Community by Uniting People, Ideas, and Resources.” With a focus on Uniting for an Educated, Healthy and Thriving Community, United Way convenes local businesses, stakeholders and organizations to find innovative solutions that positively impact more than 150,000 lives in Southern Arizona each year.

Prior to joining United Way, Tony served as a Senior Executive of the YMCA of Greater San Antonio for 8+ years. Tony has also held positions in the for-profit sector, including a 23+ year career with Teradyne Corporation, where he advanced to the position of regional manager. He is also an Air Force veteran.

He has served as the Chairman of the Tucson Metro Chamber Board of Directors and currently serves as a member of The Southern Arizona Leadership Council (SALC), Pima Community College (PCC) Chancellor’s Advisory Council. Tony was also appointed by Chief Justice Scott Bales to serve on the Arizona Judicial Council (AJC) from 2015-2018.

Tony and Linda, his wife of 35 years, live in Tucson, Arizona. They have two sons and ten grandchildren.